‘That will teach him.’ Europeans chuckled on social media after Macron’s firm handshake with Trump in Brussels. A statement that was strengthened only a few hours later when he ignored The Donald to show him that Europe isn’t all too happy with the self-proclaimed messiah of the new world, who (in my humble opinion) has a blind spot as big as a black hole.

Facebook, Twitter, YouTube, not a day goes by that I’m not confronted with another diplomatic blunder by Trump. And I can’t help thinking that what we are dealing with is nothing more than a lost ball in the high weeds. The POTUS is the biggest bull that has ever wandered through the china shop.

It seems, however, that Trump couldn’t care less. The narcissistic leader surrounds himself with pets struggling for his attention. Trump doesn’t really seem to grasp the concept of politics, and in the way he bosses his cabinet members around, I doubt whether he understands business.

Trump understands the simple things in life, one-liners that will fit in no more than 140 characters. For his simple mind business is business and in order to make America great again the ends justify the means. A deal’s a deal, and within NATO we all agreed to go Dutch, so it is fair to say we (especially the Dutch) have to keep our end of the bargain.

My curiosity about this kind of pragmatism came to a grinding halt when he showed himself a true charlatan by taking the US out of the Paris Climate agreement. ‘A very bad deal’, our raging bull stated, changing his opinion like the weather.

‘Let’s make the world great again,’ Macron beat him to the draw, ‘climate change is real.’ A statement followed by Russia, Japan and China that even stated an intention to strive after a leading role in climate change. Even some states, like California, decided to commit to the climate agreement.

It shows that Trump’s politics are causing cracks in the Western balance, and he’s gotten to a point where he makes me wonder. Does he really believe that this short-term vision will make America great again? Does he really care about NATO, the UN or the balance of power? Does he understand what is happening? Does he realize that slowly but surely, the US is getting internally divided and isolated from the world?

With his lack of diplomacy, his opportunistic views and his quest for short-term success Trump is heading for disaster, putting America at risk of becoming a Third World country 2.0. If he were man enough, he would realize that what a great America really needs is for him to resign. 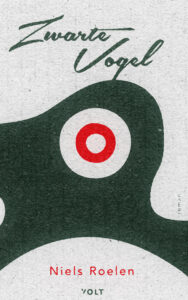